NEWS 220610 ABOUT ExTiX Deepin
I’ve released a new version of ExTiX Deepin today (220610). This ExTiX Build is based on Deepin 20.6 released by Deepin Technology 220531. Using Refracta Snapshot (pre-installed in ExTiX) you can make your own live installable Deepin version with ExTiX 22.6 as “groundwork”.

NEW FUNCTIONS etc
1. You can run ExTiX from RAM. Use boot alternative 2 (load to RAM) or Advanced. A wonderful way to run Linux if you have enough RAM. Everything will be super fast. When ExTiX has booted up you can remove the DVD or USB stick.
2. You will have the opportunity to choose language before you enter the Deepin 20.6 Desktop. All main languages are supported.
3. I have replaced Deepin Installer with the Reborn version of Deepin Installer. Works better in every way. Watch this movie (slideshow).
4. I have replaced kernel 5.16.0-exton with kernel 5.18.1-amd64-exton. Corresponding the second latest available stable kernel from Kernel.org.
5. Spotify and Skype are pre-installed.
6. You can watch Netflix while running Firefox.
7. You can install ExTiX Deepin also in VirtualBox/VMware using Refracta Installer or Deepin Installer. (In previous versions you had to “chroot” into the install partition and install Grub).
8. Install ExTiX to a USB stick preferably with Rufus 3.18 in Windows – see below how it looks.
9. In version 220610 I’ve also included Refracta Installer. Use it in VirtualBox if you want to have an exact copy of ExTiX Deepin installed. You don’t have to “chroot” to install Grub. Just choose to “Copy Grub files” when asked to. Watch this movie (slideshow).
NOTE1: If you want to remaster ExTiX Deepin you should use Refracta Installer. Using Deepin Installer some necessary packages (including Refracta Snapshot) will be removed during the installation process.
NOTE2: You can remaster (i.e. make your own live installable Deepin version) of ExTiX while running ExTiX live (i.e. from a USB stick or a DVD) if your computer has plenty of RAM. I could do that on a computer with 32GB RAM. I then started ExTiX live from RAM.
10. VirtualBox Guest Additions are pre-installed. With those installed you can run ExTiX in full screen in VirtualBox. Watch this screenshot.

Installing ExTiX to a USB stick
Use Rufus 3.18 in Windows. The stick may not be made bootable if you use other apps. Watch the screenshot below. 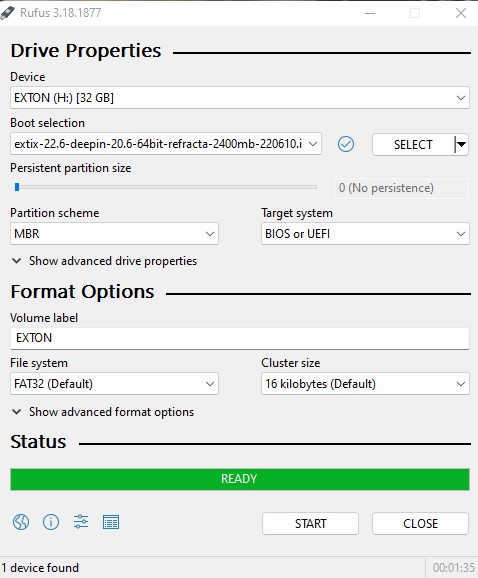 UNIQUE
I may add that there is no other live version of Deepin 20.6. 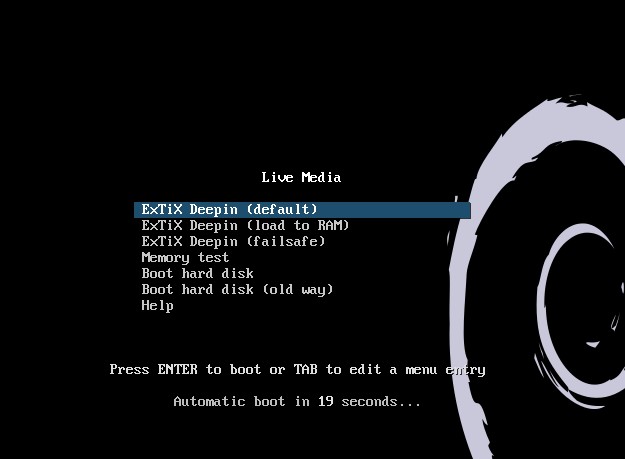 MORE NEWS 220610 ABOUT ExTiX Deepin 22.6
I’ve released a new version of ExTiX Deepin today with Refracta Snapshot and kernel 5.18.1-amd64-exton. Deepin 20.6 (latest version released 220531) is made in China. Deepin is devoted to providing a beautiful, easy to use, safe and reliable system for global users. Previous versions of ExTiX Deepin were based on Debian and Ubuntu. ExTiX 22.6 is a live build of Deepin 20.6, which is based on Debian 11. All packages have been updated to the latest available version as of today. Study all installed packages in ExTiX Deepin 22.6 Build 220610. So ExTiX 22.6 is based on Deepin 20.6 and Debian 11. I may add that there is no other live version of Deepin 20.6 (as far as I know). 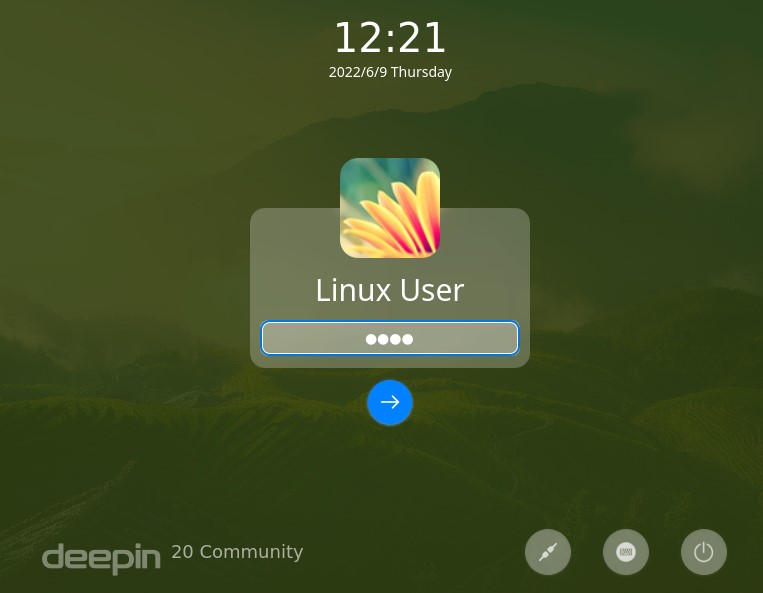 Using ExTiX Deepin Installer (Deepin’s original install program)
This was a bit tricky before since Deepin isn’t made for running in live mode. Not anymore though. Deepin Installer works very well also in VirtualBox and VMware. Watch this movie showing the install process.

Refracta Snapshot
While running ExTiX Deepin 22.6 live or from hard drive you can use Refracta Snapshot (pre-installed) to create your own live installable Deepin/Debian system. A ten year child can do it! Watch a slideshow below. (The slideshow is for ExTiX Budgie 17.7, but Refracta tools works in the same way in ExTiX Deepin). You don’t even have to install ExTiX to hard drive before you can use the Refracta tools. If you have plenty of RAM you can create a new (your own!) Deepin system while running ExTiX from a DVD or a USB stick. Please note that the whole Refracta process (creating your new ISO) only will take 10 – 15 min! You’ll find the ISO in /home/snapshots. (Or change that in /etc/refractasnapshot.conf – see above). 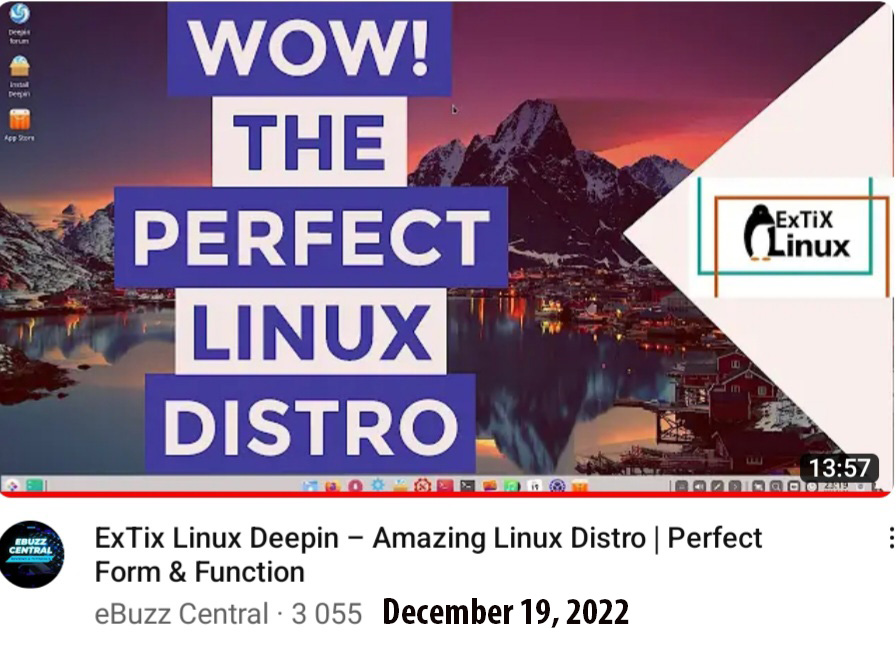